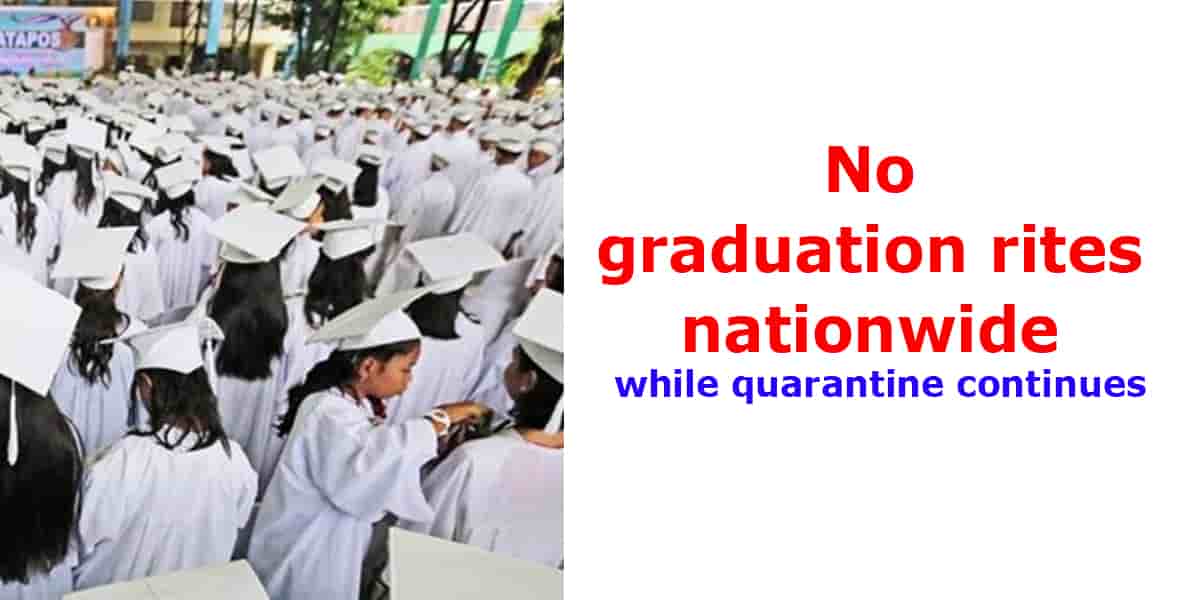 “Secretary Briones, said that the decision of the DepEd not to allow schools to conduct graduation ceremonies and other EOSY rites adheres to the “no mass gathering” advisory of the health department and of the Inter-Agency Task Force (IATF).
“This is not only applicable in Luzon with the extended enhanced community quarantine but also nationwide because there are a significant number of [local government units] that have declared their own community quarantines,” Briones explained.

The Education secretary said that there are many instances where graduation rites and EOSY ceremonies were cancelled or postponed mainly due to crises and other natural calamities.
“Historically, this has happened before, when the graduation is postponed due [to] war, calamities, or other public situations [sic],” she explained. Schools can still reschedule the rites or ceremonies at a “later date,” she added, noting that the priority should be the safety of the general public, especially of the learners.”
Source: DepEd Philippines